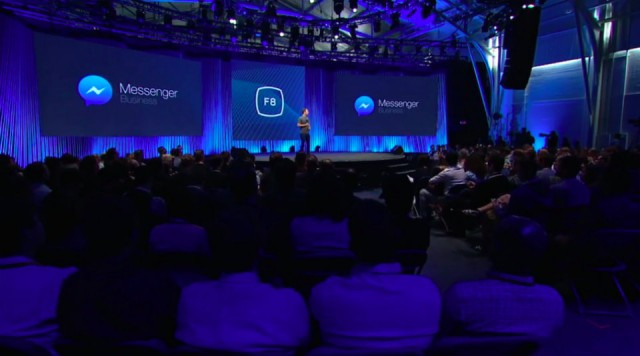 by wexadmin
in Social Media
Comments

CEO Mark Zuckerberg kicked off the two-day long conference with a major update to Facebook Messenger, the social network’s chatting tool. Users will be able to send photos, GIFs, music and integrate with apps like ESPN and the Weather Channel.

Also Facebook’s video player and its app analytics platform have been improved. Facebook is rolling out a new social plugin that lets publishers embed native Facebook videos across the web. This means a video uploaded (and hosted) on Facebook can now be embedded on other websites.

The company introduced a new Analytics for Apps tool that provides a dashboard of data so developers and marketers can better understand their audience. The social network also announced it’s getting into the Internet of Things trend.

Sorry, the comment form is closed at this time.